The Anunnaki Myth of Creation 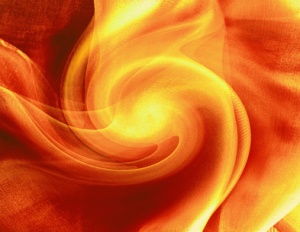 The Book of Possibilities is the ancient Anunnaki book of wisdom. In Anunnaki Awakening: Revelation, Princess Inanna quotes aphorisms from this book multiple times.

Chapter One of the BoP recounts the Anunnaki Creation Myth. In the novel, Inanna tells Maria how the Anunnaki once believed they were the lone sentient race in the universe before their civilization went interstellar.

This account does not appear in the novel, but provides insight into the spiritual beginnings of the Anunnaki

In the beginning there was THE ONE and THE ONE was omnipresent. THE ONE was lonely, but THE ONE had hope. Hope became action and action became momentum. Momentum generated energy and THE ONE began to expand.

The expansion accelerated until the energy was exhausted. The energy slowed and became matter. THE ONE had become TWO – Time and Location. Matter beget matter until matter beget consciousness. Now consciousness accelerated and consciousness became sentience. Sentience sought form and form became sentient. The form that was sentient sought source, for it was now separated from THE ONE and aware of its separation. That separation was called LIFE. The form that was sentient sought THE ONE that was source.

THE ONE that was source sought the forms that were sentient, but the gulf of LIFE held them apart. THE ONE grieved and the sentient forms suffered in their separation. So, THE ONE created a gateway back to source and THE ONE named it DEATH. Thus was it so that all LIFE returns to source in DEATH to rejuvenate and become LIFE again. Thus did the Universe cycle for aeons.

Then on one body, a race of sentient forms was born. THE ONE named the body Nibiru – Body of Stellar Radiance. THE ONE called the race Anunnaki. The Anunnaki called THE ONE THE FATHER CREATOR.

Keep your eyes on the skies!

Did you like this story? Do want more? Get your copy of Anunnaki Awakening: Revelation by Ray Davis today! This fictional novel follows White House Correspondent Maria Love on her quest to learn the truth of human origins and the Anunnaki’s role in our emergence. She discovers that intervention never stopped. Author Graham Hancock said, “We are a species with amnesia.” Let your Awakening begin today.

One reader wrote, “I’m loving the book. There’s only one problem. I was so into the story that I missed my bus stop.” Another reader emailed to say, “My mind is officially blown!”

Ray is a science fiction author, poet, personal development expert, and training professional. He is currently writing a science fiction trilogy titled Anunnaki Awakening. Book 1 - Revelation - is due out in Summer 2014. He is the founder and owner of The Affirmation Spot. He has been writing professional sales training at a Fortune 100 company for the past 13 years. Ray enjoys travel, photography, astronomy, history, college sports, and speculative topics. He lives in Louisburg, KS with his wife April and enjoys spending several weeks each year in Hawaii.
View all posts by Ray A. Davis →
This entry was posted in Philosophy, Ray A. Davis and tagged Anunnaki, Anunnaki Awakening, Anunnaki Creation Myth, Nibiru Creation Myth. Bookmark the permalink.

1 Response to The Anunnaki Myth of Creation