The Moon and Beyond: Can Space Replace the War Economy?

“I identify the things and the people that inspire me and I make them the centerpiece of my life.”

What inspires you? What are the big dreams you have for yourself, your family, and humanity? Do you ever take time to visualize them in your mind and think about how to make them reality?

It’s difficult in our work-a-day world to make time for such considerations. Between work and soccer games and dance recitals and bills, making time to define a vision for the next day is sometimes a challenge. Next year? The next 10 years? These can seem like a lifetime away.

Inspiration is one of those human intangibles that causes us look beyond the immediate to something bigger.

The American Heritage dictionary defines inspiration as, “stimulation of the mind or emotions to a high level of feeling or activity.”

Who are the people, what are the ideas, what are the things in your life that inspire you? Consider making a list and keeping it around you as you go through your day.

Some people are inspired by physical activity, the joy of creating, or a challenging puzzle to solve. Others are inspired by a great speech or an inspirational leader delivering a call to action. 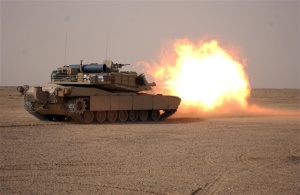 Just as individuals need inspiration, so do nations and humanity as a whole. One of the struggles of our present era is that we are so caught up in our petty differences – “the immediate” – that we are not looking at the big picture. Looking to our leaders seems a lost cause because, in many cases, they are the chief purveyors of the immediate. They have no vision for the future or for finding a way through our difficulties to the civilization we are capable of achieving.

We have a global economy that is largely based on war and conflict. Our economies and our technology development are driven by our desire for control of resources and minds rather than aspirations for something more. Developments in our world happen around profit. When asked why we cannot have peace in the world or why we cannot move towards solar power; I often quip that it is because we have not found a way to make peace as profitable as war or charge for sunlight. While a bit of an oversimplification, there is a lot of truth in it.

I’d like us to create a peaceful world for its intrinsic value and out of obvious self-interest. Unfortunately, the fact is that the global economy would collapse tomorrow, if we declared peace today. The interests that control our current global order are not going to allow that and so war (along with the ever-present excuses for it) are a reality until we can develop ways to employ people for peaceful means.

If we hope to create that world we need to find endeavors so big and all-encompassing that they inspire coming generations to look beyond “the immediate”. These endeavors must fire our imaginations and be on a scale that consumes all the petty struggles that now divide us. They must drive innovation that can employ billions around the planet.

There are very few things that could conceivably replace the global conflict economy. The two that immediately come to mind are solutions to our energy situation and space exploration.

Space exploration once inspired Americans and humanity. In the 1960s, the race to the moon, the moon landings, and even the near-disaster of Apollo 13 riveted the world’s attention. It truly brought a sense of “us” rarely seen in this world. When we see the world as “us” hurtling through space on a tiny marble in a vast blackness (the reality of our situation) rather than “us” versus “them” for some transient benefit or philosophical point, our perspective changes.

Ask any of the men and women who have been to outer space, regardless of nationality or faith, what their main take-away was. Nearly without exception, they will convey a sense of how small our world and its problems are compared to that vast blackness. You hear them talk about this “tiny marble” hovering in space.

Space exploration holds the potential to grant more and more of us the wisdom of the “tiny marble paradigm” and to replace the war economy. To me, that seems like two very positive steps in the right direction.

During my recent visit to NASA

, I was privileged to take part in “Lunch with an Astronaut”. Retired shuttle astronaut, Jon McBride, spoke confidently about plans to send humans back to the moon by 2018. The program dubbed Project Constellation is part of the space strategy announced by President Bush in January 2004 called Vision for Space Exploration. The goal is create a permanent human presence on the moon by 2020 and to use it as a launching point for manned missions to Mars and beyond.

The cost, the technology, and the sheer scale of a project to explore and populate the solar system is far beyond the means of any single nation – even The United States. Such an endeavor would have to be a global effort and would be the beginnings of the kind of global economic and philosophical shift I am describing.

The first step is to convince the U.S. Congress and other governmental bodies around the world to work together and fund such a project. Our leaders have, unfortunately, demonstrated a decided lack of vision in this area for many years. After the ‘hey day’ of the space race, nations and people lost interest in space.

We were drawn back into “the immediate”. We had no time for grand visions. The argument has been for 30 years that we have problems here on Earth and money spent on space takes away from our ability to address those issues. This view holds space exploration as a resource drain rather than a resource provider – true to this point.

The money we took from the space program has not resolved those issues we argued it was needed to address. The problems are still very much with us, and we traded in our vision of something more.

Just as we need inspiration as individuals to move ahead in life, we need inspiration, challenges, and goals as a species to excel. Our leaders need to take John Kennedy’s example and inspire us to do great things again. We need to allow ourselves the guilty pleasure of being inspirable again.

It will take time, but I believe everyone can have what they want and need from this endeavor. The markets and the corporations can make their profits on something positive rather than death and destruction. Science and technology can grow to new heights to meet the challenges of space exploration rather than expending its genius on better ways to kill.  The people of the world can be employed by industries engaged in the single largest endeavor in history.

I am not naive enough to suggest that human selfishness, greed, and criminality will suddenly evaporate in the dawn of this new day. However, I do believe we can all enjoy a saner, safer world firmly planted in the “tiny marble paradigm” rather than the self-absorbed, dogma-driven ego.

Are we going back to the moon? I sure hope so! Can you imagine how inspiring it will be to watch the first humans live on the moon or set foot on Mars? We need to gain back our sense of adventure and push ourselves to new heights – as individuals and as a civilization.

Take a few minutes today to create your list of things that inspire you and make them a centerpiece of your life. And every once in awhile, give some thought to what might inspire our world to be something more than it is now. Make your voice heard and let’s bring a more positive world to fruition.

He is the author of the Anunnaki Awakening series (2015). Book 1 – Revelation – is now available in paperback and on Kindle. This trilogy takes Ancient Aliens out of the past and into the present. An interstellar, interdimensional journey ensues with humanity’s future hanging in the balance.

I am the Founder of The Affirmation Spot, author of Annuanki Awakening, and co-founder of 6 Sense Media. My latest books are the Anunnaki Awakening: Revelation (Book 1 of a trilogy) and The Power to Be You: 417 Daily Thoughts and Affirmations for Empowerment. I have written prolifically on the topics of personal development and human potential for many years. By day, I write sales training for Fortune 100 company. I began studying affirmations and positive thinking after a life-threatening illness at 25. My thirst for self-improvement led him to read the writings of Joseph Campbell, Wayne Dyer, Deepak Chopra, Neale Donald Walsch, and many other luminaries in the fields of mythology and motivation. Over time, I have melded these ideas into my own philosophy on self-development. I have written, recorded, and used affirmations and other tools throughout that time to improve my own life and I have a passion for helping other reach for their goals and dreams. Ray holds a Bachelor's of Science Degree in Secondary Education in Social Studies from University of Kansas. He lives in Spring Hill, Ks with his wife.
View all posts by Ray Davis - The Affirmation Spot →
This entry was posted in New Paradigms and tagged empower your mind, empower your thinking, Going back to the moon, manned space missions, space, space policy. Bookmark the permalink.