Two Kinds of Globalism and Why #Brexit is Good 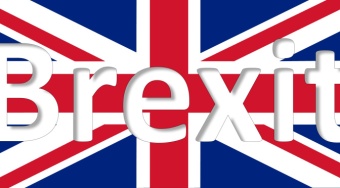 Well, they did it! The people of Great Britain voted in historic fashion to extricate themselves from the European Union. As promised, markets shook and crumbled today, proving again they are built on psychology and not math, reason, or “market fundamentals.”

The vote in the U.K. was heavily split among age groups. Older Brits, some of whom remember the days before the EU, voted to leave. Younger voters overwhelmingly desired to stay.

So, what now? First, the sky is not going fall. Great Britain was a nation for centuries before the EU. It will be fine. I say this is a great and momentous event. Let me explain why.

There are TWO kinds Globalism and the Powers That Be on this planet just love it when you confuse the two.

The first kind  is a noble globalism that we can all aspire to. It’s a joining together of humanity in a global civilization built on friendship, cooperation, and common interest. It’s one where every human being is free, even encouraged, to pursue his or her highest potential and sharing reaches a level where basic needs are met for every single person on the planet. You might call this Star Trek globalism. This the higher vision laid out for humanity in Star Trek. Some say it’s unattainable, but we’ll leave that argument for another time.

The second kind of globalism, and the kind represented by the EU and growing list of organizations like it around the world, is a top-down, centralized control system where power and sovereignty are placed in the hands of the few for the control of the many. It was built by the elite, for elite. It’s about linking banks, corporations, and governments in a way that war, famine, immigration, and even basic necessities can be manipulated and controlled for the benefit of the powerful.

The young Brits who are so upset by yesterday’s vote have been taught their entire lives that the second kind of globalism is really the first They latch onto the xenophobia that surely drove many Brits to their Leave decision, as evidence this is a bad thing. The truth is this strikes a MAJOR blow against the second kind of globalism. That’s why all the power elite in the U.K. Europe, and the U.S. were against this. It’s why David Cameron must now resign. It’s not because he failed the people. It’s because he was given the job by the power elite to make sure this didn’t happen and he failed. That’s why he will be out.

In the meantime, while I recognize the flaws of the nation-state, at least a greater level of sovereignty will again reside within British borders. It has put a chink in the armor of that Orwellian World Order represented by the second kind of globalism.

I say congratulations, Great Britain, on your newly recovered freedom. Use it for good and to advance the interests of the first kind of globalism. We’ve had enough of the second!

The people have spoken, but the fight may not be over. Parliament still has to vote on it. The pressure will be on from the power brokers these politicians are used to serving to reverse this decision and restore order to the chaos. May they choose the people and the future over the powerful.

I am the Founder of The Affirmation Spot, author of Annuanki Awakening, and co-founder of 6 Sense Media. My latest books are the Anunnaki Awakening: Revelation (Book 1 of a trilogy) and The Power to Be You: 417 Daily Thoughts and Affirmations for Empowerment. I have written prolifically on the topics of personal development and human potential for many years. By day, I write sales training for Fortune 100 company. I began studying affirmations and positive thinking after a life-threatening illness at 25. My thirst for self-improvement led him to read the writings of Joseph Campbell, Wayne Dyer, Deepak Chopra, Neale Donald Walsch, and many other luminaries in the fields of mythology and motivation. Over time, I have melded these ideas into my own philosophy on self-development. I have written, recorded, and used affirmations and other tools throughout that time to improve my own life and I have a passion for helping other reach for their goals and dreams. Ray holds a Bachelor's of Science Degree in Secondary Education in Social Studies from University of Kansas. He lives in Spring Hill, Ks with his wife.
View all posts by Ray Davis - The Affirmation Spot →
This entry was posted in #Brexit, Uncategorized and tagged #Brexit, #brexit is a good thing. Bookmark the permalink.