Posted on August 1, 2016 by Ray Davis - The Affirmation Spot 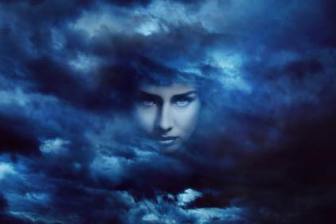 In Chapter 36 of Anunnaki Awakening: Revelation, Inanna defies the Nibiruan government and issues the following five-point decree on the Human Question. Here is the entire chapter for your reading pleasure.

The stress of the confrontation with her senior staff had tired Inanna. She returned to her quarters. She required rest and space to think. The tone of the meeting surprised her. She failed to realize the level of resistance and confusion that still existed about the Rakbu’s mission. Her leaders and her crew needed a common vision. Each person aboard the ship had reasons for being there, but those reasons differed. The crew lacked true commitment to a common cause.

For the first time, Inanna recognized The Future Possible must be more than a concept in her mind. It required definition and articulation to become actionable for her crew, the humans, and others drawn to the cause. She also needed to prepare the crew for the possibility of open rebellion. Engaging the Anunnaki taskforce might mean a battle. A battle meant open conflict with Nibiru on The Human Question. Clearly, her senior staff was hesitant. Her crew might be as well. What she needed was a manifesto that declared the reasons for the actions she was prepared to take against King Ea.

For millennia, we have debated The Human Question on Nibiru without resolution. The Anunnaki regime has failed to take responsibility for its actions in genetically engineering a sentient species to serve the interests of the Nibiruan Crown. That regime has persisted in hiding the truth and denying that species a complete understanding of its origins.

The King of Nibiru has willfully substituted himself and his predecessors for the true Father Creator of the Universe. He has imposed this false vision of God upon the people of Earth through fear and intimidation, as well as through religious and political systems. He has orchestrated the physical, psychological, and financial slavery of the human species. He has profited from the trafficking of human beings and from non-consensual experimentation upon them.

King Ea has thwarted all attempts to address these wrongs through peaceful political channels. He has denied open discussion on The Human Question and has allowed the good people of Nibiru to operate under the false impression that humanity is a threat to Nibiru.

For these reasons and many others, I declare King Ea’s rule over Earth Space null and void. The Future Possible for humanity declared to me by The Father Creator is hereby established and ordered.

From this moment forward, humanity’s path is forever changed. It shifts from top-down control and disinformation to self-realization and transparency. Let every human being seize the opportunity to become all he or she was destined to be.

Inanna, First Princess of Nibiru, Queen of Heaven and Earth, and Protector of Humanity.

Inanna asked the computer to read back the dictation. She paused for a moment. This was the big step. She was formally declaring her rebellion against her brother. She was drawing a line. Either humanity would be freed or she would die in trying. She sent the message to her crew and then she transmitted it over the interstellar governmental frequency. Governments used this frequency to communicate throughout the known galaxy—a kind of emergency channel. Today the entire galaxy would know The Future Possible had answered The Human Question.

I am the Founder of The Affirmation Spot, author of Annuanki Awakening, and co-founder of 6 Sense Media. My latest books are the Anunnaki Awakening: Revelation (Book 1 of a trilogy) and The Power to Be You: 417 Daily Thoughts and Affirmations for Empowerment. I have written prolifically on the topics of personal development and human potential for many years. By day, I write sales training for Fortune 100 company. I began studying affirmations and positive thinking after a life-threatening illness at 25. My thirst for self-improvement led him to read the writings of Joseph Campbell, Wayne Dyer, Deepak Chopra, Neale Donald Walsch, and many other luminaries in the fields of mythology and motivation. Over time, I have melded these ideas into my own philosophy on self-development. I have written, recorded, and used affirmations and other tools throughout that time to improve my own life and I have a passion for helping other reach for their goals and dreams. Ray holds a Bachelor's of Science Degree in Secondary Education in Social Studies from University of Kansas. He lives in Spring Hill, Ks with his wife.
View all posts by Ray Davis - The Affirmation Spot →
This entry was posted in Aliens, alternative history, Anunnaki, Uncategorized and tagged Inanna decrees human freedom, Inanna defies her government, Inanna helps humanity, Inanna helps humans, Inanna's five principles for resolving the human question. Bookmark the permalink.