ISIS, Ancient Aliens, and Net Neutrality – What Are They Hiding from You? 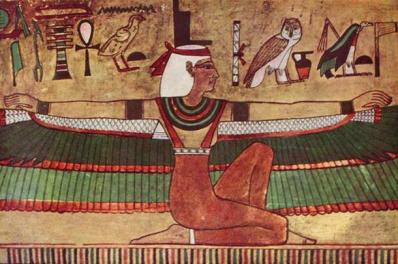 Do me a favor. Go to Google right now and type ISIS. Scan down the page. Go to the next page. What do you see? Is it all about the Islamic militant group? How many pages do you have to go before you find ANYTHING on the Egyptian goddess ISIS.

Many believe the goddess ISIS is the Egyptian version of the Sumerian goddess Ningishzida. She was, according to Sumerian texts, “The Mother of Humanity.” She was literally the lead, aristocratic Anunnaki who led the other maidens who gave birth to Adamu.

Now, her most famous name in history, ISIS, has been co-opted for a terrorist group. This not only smears her name in the public perception, but, thanks the pay for listing on Google, you can’t even find information about her until you surf through all the paid news articles about the terrorist group.

Ironically, whoever is really behind the terrorist group, we have watched them destroy the evidence of the human past for years now. Now, if you wanted to do a history paper on ISIS, you have dig her out on Google among all the stories about terrorists. Who does this kind of PR? Who is pushing these narratives at the expense of legitimate history and understanding about our past.

I”m sure Google would defend itself through some logic about world events today having more relevance to the average Internet user than an ancient Egyptian goddess.

This is just one example. I’ve noticed this trend on many search phrases. Some pop culture reference drowns out results about our ancient past. In some instances, it’s a band who probably gave themselves a name to promote the concept like Anunnaki. In other instances, it appears to be plain old obfuscation.

If ever there was needed another reason for Net Neutrality, it’s this growing trend of covering up history by masking it with pop culture references.

What are your thoughts on this phenomenon? Have you noticed it too?

I am the Founder of The Affirmation Spot, author of Annuanki Awakening, and co-founder of 6 Sense Media. My latest books are the Anunnaki Awakening: Revelation (Book 1 of a trilogy) and The Power to Be You: 417 Daily Thoughts and Affirmations for Empowerment. I have written prolifically on the topics of personal development and human potential for many years. By day, I write sales training for Fortune 100 company. I began studying affirmations and positive thinking after a life-threatening illness at 25. My thirst for self-improvement led him to read the writings of Joseph Campbell, Wayne Dyer, Deepak Chopra, Neale Donald Walsch, and many other luminaries in the fields of mythology and motivation. Over time, I have melded these ideas into my own philosophy on self-development. I have written, recorded, and used affirmations and other tools throughout that time to improve my own life and I have a passion for helping other reach for their goals and dreams. Ray holds a Bachelor's of Science Degree in Secondary Education in Social Studies from University of Kansas. He lives in Framingham, MA with his wife and his black lab, Mia.
View all posts by Ray Davis - The Affirmation Spot →
This entry was posted in Ancient Gods, Egyptian mythology, Uncategorized and tagged Goddess ISIS, Hiding ISIS on Google, ISIS, Ningishzida. Bookmark the permalink.

2 Responses to ISIS, Ancient Aliens, and Net Neutrality – What Are They Hiding from You?