Personal Empowerment: Love is Greater Than Fear and Why It Matters 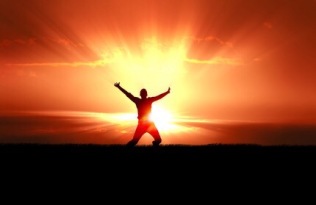 Many of you reading this blog know me as the author of Anunnaki Awakening, but before I was him I was The Affirmation Spot guy. When I was 25 I nearly died. That experience led me to many years of devoted personal and spiritual development. I was trying to fix me and I lost focus on the bigger world around me.

My reawakening and my shift began on September 11, 2001. It’s not the purpose of this article to have the debate about the events of that day. What I think most of us with clear vision can see and agree upon is that the Powers That Be (PTBs) in our country and around our world used that event to accelerate a plan they had in place before the event. That plan involved using the fear created by those attacks to engage in endless wars for profit, a more totalitarian stance toward freedoms at home, and unregulated shenanigans in our economic markets. The net result has been a more fearful, less empowered, and financially poorer populace.

I spent some years in an angry place. I was angry at what was happening and equally frustrated with my fellow citizens that they couldn’t seem to grasp what was being done to them. I spent years, as many of you have, understanding how the world was really operating behind the distractive headlines of the daily news. I got mad.

About 2007, I was done being angry and ready to do something about it. What could I do? This is when my training in personal and spiritual development emerged again in my life. I took what I had learned in my years studying those areas and began building a platform called The Affirmation Spot (TAS).

I realized that getting stuck in mad, as so many truth seekers do, could never solve our problem. The best we can hope to achieve through anger is to replace one bad, angry system with a new one. We had to empower minds, raise our vibration, overcome the fear with the love. It sounds cliche and new-agey to say that love is greater than fear. However it sounds, it’s a profound truth. It’s one the PTBs know and it’s why they try to keep people in a constant state of fear, as they bury the love.

I didn’t state my real goal when I began TAS. My real goal was to awaken and empower the people around me to deal with the disempowering world around them. I was fine with people using the information to improve their business, their love life, or finances, but my true objective was to encourage people to raise their consciousness and empower their minds to a level where they would no longer bend to the nonsense being fed to them by the PTBs.

It’s counterintuitive, once you’re “awoken,” not to get angry. The mantra of our society when something upsets you is to get angry and get even. This is another disempowering mantra they have drilled into your head. It’s useful to have people good and angry because, just like the fearful people, your anger makes you easy to manipulate. 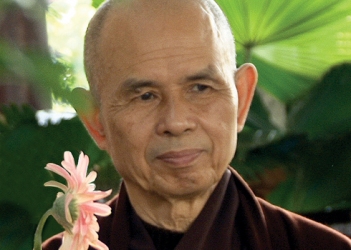 I remember reading Peace is Every Step by the great Vietnamese Buddhist monk Thich Nhat Hanh. For those who don’t know him, he was nominated by Dr. Martin Luther King for the Nobel Peace Prize in 1968 for his 14 Precepts “Engaged Buddhism” that sought to bring healing and peace to his war-torn country.

In Peace is Every Step, he detailed further a concept it’s important for all of us to understand as we seek to shift our world in a positive direction. I’m paraphrasing. He basically said that the world is absolutely perfect. Our immediate reaction to that is that’s BS. Look at all the horrible things going on in the world. Our internal rant goes on for a moment, which exactly what Thay, as his disciples call him, wants. Then he drops the truth on us. All those horrible things you just ranted about are part of the perfection and so is your desire to do something about them.

That’s powerful. You see as the PTBs fill our world with fear and negativity, we are accomplices. We feed the cycle by becoming afraid or angry. Those are not emotions that will lead to the change we want. We need to come from love, compassion, and a concern for our own welfare and that of the people around us. We must come from Thay’s vision that it’s all perfect.

The game of anger is one we can’t win. It plays right into the hands of the PTBs. When we start from the perfection, we realize that the horrible things don’t get the final say, WE DO. When we understand our conscious and loving action can change the world, we can let go of our foolish anger. When we do that, we become far more powerful beings and far more of a threat to the dominant fear-based system. We come from a place of knowing and strength that is immune to their fear and their triggered anger. We can see clearly and we can effect change.

The enlightened mind has seen the end. Love wins. Humanity wins. The more people who raise their vibration, the sooner this fear-based system runs out of the low-energy oxygen it needs to survive. When it comes tumbling down, we have created an army of love and consciousness ready to build something better in its place.

This is the vision I see. Don’t just get angry. Empower your mind. Don’t let fear and depression rule you. Raise your vibration and change the equation.

Ray Davis is an author, thinker, and advocate for human potential. He is the author of the Anunnaki Awakening series. Signed copies of Book 1, Revelation, are now available on Amazon or by order from your local bookstore.

I am the Founder of The Affirmation Spot, author of Annuanki Awakening, and co-founder of 6 Sense Media. My latest books are the Anunnaki Awakening: Revelation (Book 1 of a trilogy) and The Power to Be You: 417 Daily Thoughts and Affirmations for Empowerment. I have written prolifically on the topics of personal development and human potential for many years. By day, I write sales training for Fortune 100 company. I began studying affirmations and positive thinking after a life-threatening illness at 25. My thirst for self-improvement led him to read the writings of Joseph Campbell, Wayne Dyer, Deepak Chopra, Neale Donald Walsch, and many other luminaries in the fields of mythology and motivation. Over time, I have melded these ideas into my own philosophy on self-development. I have written, recorded, and used affirmations and other tools throughout that time to improve my own life and I have a passion for helping other reach for their goals and dreams. Ray holds a Bachelor's of Science Degree in Secondary Education in Social Studies from University of Kansas. He lives in Spring Hill, Ks with his wife.
View all posts by Ray Davis - The Affirmation Spot →
This entry was posted in Personal Development and tagged changing the world, Engaged Buddhism, Love beats fear, Love is greater than fear, Thich Nhat Hanh. Bookmark the permalink.