The Rising Cult of Enlil 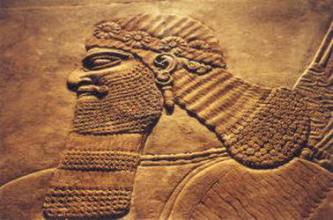 I’ve noticed a troubling pattern emerging lately around the topic of the Anunnaki. There’s a new cult of Enlil on the rise. Their mission seems to be to reform his character and rewrite the history that is crystal clear in the Sumerian texts and many later texts drawn from them throughout ancient Middle East and Mediterranean cultures.

The texts are clear. Enki has had humanity’s back. If Enlil had his way, we’d have all drowned in the flood. Some blame Enki for his son Marduk who did wreak havoc on people. I evaluate Enki by his own actions.

This video was posted in one of the large Anunnaki-related pages on Facebook. It’s the perfect example of an attempt to make Enki the bad guy and Enlil the hero. To put it in simple terms that are familiar, this revisionist history is a version of The Empire Strikes Back. This is pure apologetics for Darth Vader, while blaming Yoda as a rebellious criminal.

It’s also the classic political move of blaming your adversaries, in this case Enki, for what you (Enlil and his faction) are guilty of. At one point, the video calls Lord Enlil “humanity’s true savior.” Give me a break! Enlil wanted to destroy us because we were “too noisy.” When Enki intervened and saved humanity from the flood that was to do the job, Enlil  (Yahweh) undertook a path to limit us, control us, and rule us. He demanded our worship and banned worship of the other Anunnaki “gods”. “There is no other God, but me,” he declared.

He called Abrahm out of Ur and began a crisis that continues to dominate our headlines to this moment, embroiling the Middle East in perpetual conflict. 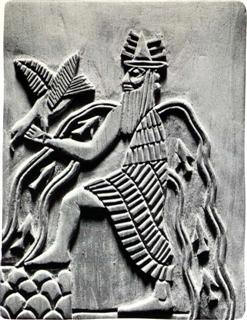 This video and this movement seeks to smear Enki in several ways.

This video and this movement seek to canonize Enlil and are blatantly anti-human. Just listen to how this video derides humanity.  I guess I take the human side because, hey, I’m human. I think we should take our own side in this. Sadly, for millennia human beings have not wanted to counter the Enlilites (masquerading as the God of the Universe) in their various manifestations. Many have bought into this myth that we’re a flawed race and that Enki was a criminal -even a demon – for helping us.

Humanity is precisely what it has been conditioned to be – an unworthy sinner kept in the dark and limited. Enlil was against giving us knowledge in the Garden. He and the Council were afraid of our potential at the Tower of Babel. Time and again, he has worked against the advancement and enlightenment of humanity, while Enki has time and again come to our aid against the wishes of his own government and at personal risk.

There’s even an attempt to bring Satan into the mix (as our Reptilian accuser) and Christianize this narrative. It plays right into the belief that humanity is in rebellion against God. This premise, of course, is based on the confusion between the God big G of the universe and the gods small g like Enlil. The God big G is not interested in judging us, involving himself in our politics or our economics. These are the actions of an ego-driven physical being with physical needs. The God big G is not worried that humanity building a tower or a spaceport or whatever it was is a threat to him. These are the insecurities of physical beings determined to keep humanity divided and conquered and ready to use their advanced capabilities to achieve that.

The truth be told, if we’re anything, we’re abused children. We’ve been lied to, kept down, divided and conquered. Had Enki not come to our aid, we’d probably not even be here. We, as human beings, must stop buying into paradigms that hold us back. We are a highly spiritual race capable of so much, if we can rip the blinders from our eyes.

Look around you. The world you see has largely been created by Enlilite mindsets. In the battle between Enlil and Enki, I’ll take Enki every time.

I am the Founder of The Affirmation Spot, author of Annuanki Awakening, and co-founder of 6 Sense Media. My latest books are the Anunnaki Awakening: Revelation (Book 1 of a trilogy) and The Power to Be You: 417 Daily Thoughts and Affirmations for Empowerment. I have written prolifically on the topics of personal development and human potential for many years. By day, I write sales training for Fortune 100 company. I began studying affirmations and positive thinking after a life-threatening illness at 25. My thirst for self-improvement led him to read the writings of Joseph Campbell, Wayne Dyer, Deepak Chopra, Neale Donald Walsch, and many other luminaries in the fields of mythology and motivation. Over time, I have melded these ideas into my own philosophy on self-development. I have written, recorded, and used affirmations and other tools throughout that time to improve my own life and I have a passion for helping other reach for their goals and dreams. Ray holds a Bachelor's of Science Degree in Secondary Education in Social Studies from University of Kansas. He lives in Spring Hill, Ks with his wife.
View all posts by Ray Davis - The Affirmation Spot →
This entry was posted in Anunnaki, Enki, Enlil, Uncategorized and tagged Cult of Enlil, Enki demonization, Enki helped humanity, Enki is humanity's helper, Enlil apologetics, Gods small g. Bookmark the permalink.

4 Responses to The Rising Cult of Enlil