Posted on January 3, 2018 by Ray Davis - The Affirmation Spot 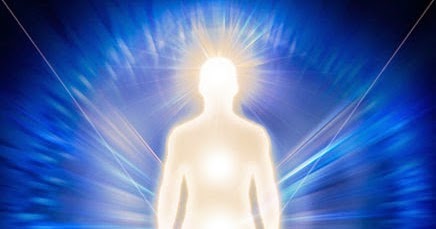 In Anunnaki Awakening: Revolution (Book 2), there are a number of new characters and new races involved in Maria’s and Inanna’s quest to free humanity. One of the new characters is an Arcturian named Ullrion (she was named in a contest by a reader Timothy Holm).

The Arcturians are a fifth dimensional race on the verge of crossing into the 6th. Their primary focus is attaining unity with THE ONE and they generally do not materialize in physical form. However, they are pulled into physical form by a comatose passenger aboard Inanna’s ship. We learn they have a deep past with humanity and once served as guardian angels for our species.

Early in the book, Ullrion meets Jack Love and shares more about her species.

“We prefer a matterless state. It removes barriers to THE ONE. Matter is a vehicle for consciousness NOT the other way around. We are energetic, deathless consciousness”

I am the Founder of The Affirmation Spot, author of Annuanki Awakening, and co-founder of 6 Sense Media. My latest books are the Anunnaki Awakening: Revelation (Book 1 of a trilogy) and The Power to Be You: 417 Daily Thoughts and Affirmations for Empowerment. I have written prolifically on the topics of personal development and human potential for many years. By day, I write sales training for Fortune 100 company. I began studying affirmations and positive thinking after a life-threatening illness at 25. My thirst for self-improvement led him to read the writings of Joseph Campbell, Wayne Dyer, Deepak Chopra, Neale Donald Walsch, and many other luminaries in the fields of mythology and motivation. Over time, I have melded these ideas into my own philosophy on self-development. I have written, recorded, and used affirmations and other tools throughout that time to improve my own life and I have a passion for helping other reach for their goals and dreams. Ray holds a Bachelor's of Science Degree in Secondary Education in Social Studies from University of Kansas. He lives in Spring Hill, Ks with his wife.
View all posts by Ray Davis - The Affirmation Spot →
This entry was posted in Anunnaki awakening, truthseeker, ufos, ancient aliens, spirituality, meaning of life, power of the mind, Anunnaki Awakening: Revolution and tagged Anunnaki Awakening Characters, anunnaki awakening excerpt, Arcturians, Book excerpt, Ullrion. Bookmark the permalink.